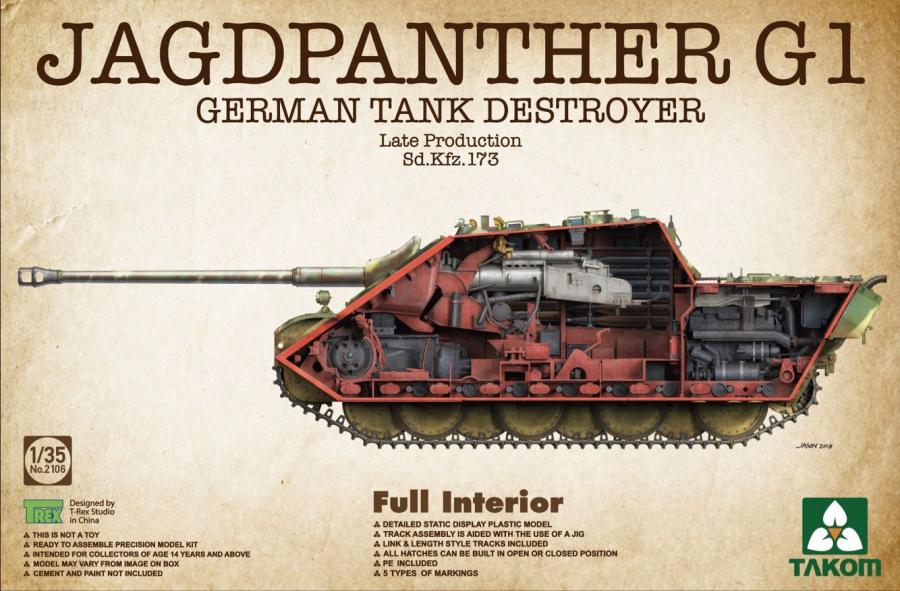 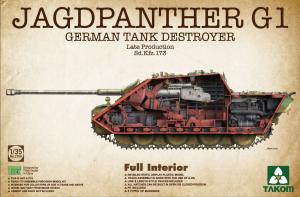 You can leave your email here and we'll notify you when the product is available.
Send 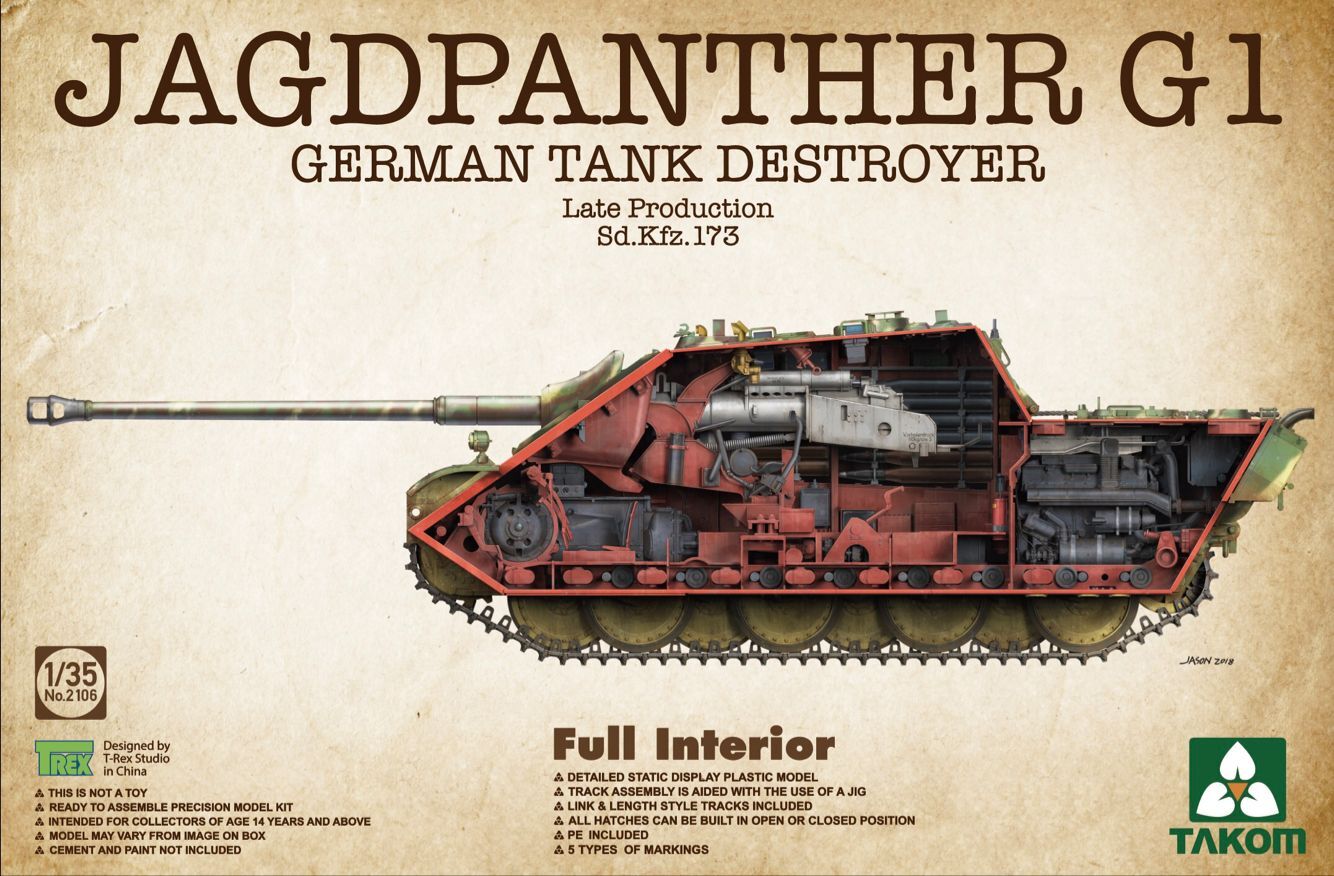 The 220.00000000000003px Panzerjäger Panther Sd.Kfz. 173, or Jagdpanther, was a heavy tank destroyer based on the chassis of the Panzer V Panther and was armed with the same long-barreled 8.8 cm gun as the Tiger II or ‘King Tiger’, and a single 7.92 mm MG-34 machine gun in the front glacis plate for local defense. The Jagdpanther had a good power-to-weight ratio and a powerful main gun, which enabled it to destroy any Allied tank. Based on the existing Panther chassis, the vehicle did not suffer too many mechanical problems, and had an upgraded transmission and final drive to counter the Panther's main weakness.  The Jagdpanther was powered by the 700hp Maybach HL230 P30 V-12 petrol engine and a 7 speed forward, 1-speed reverse transmission system with a maximum speed of 46 km/h (28.6 mph) and a range of about 200 kilometers (99 miles). It was manned by a crew of five: a driver, radio-operator, commander, gunner and a loader.

Two main variants can be distinguished, the earlier (1944 model) G1 with a small internally-bolted main gun mantlet and a modified Panther A engine deck, and the later (1945 model) G2 with a larger, externally-bolted mantlet and a modified Panther G engine deck, though late G1s also had a larger mantlet. Early Jagdpanthers had two vision openings for the driver, whereas late versions had only one. The main gun originally had a monobloc gun barrel, but later versions were equipped with the PaK 43/4 gun with a two-part barrel. Early G1s (to September 1944) were given a distinctive pattern of Zimmerit anti-magnetic mine coating.

Offers
New products
Brands
Do you wish to register?