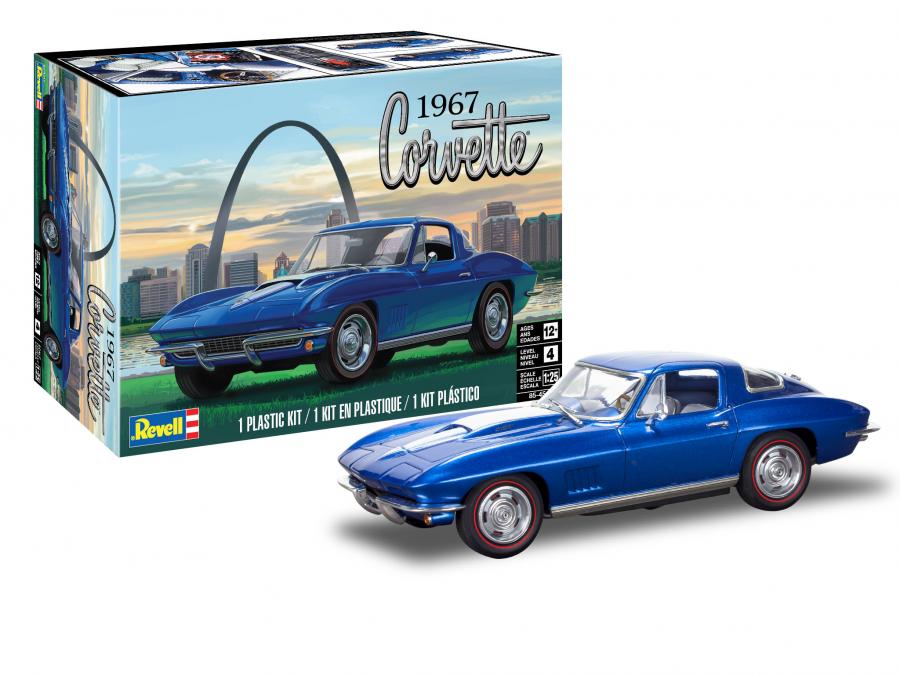 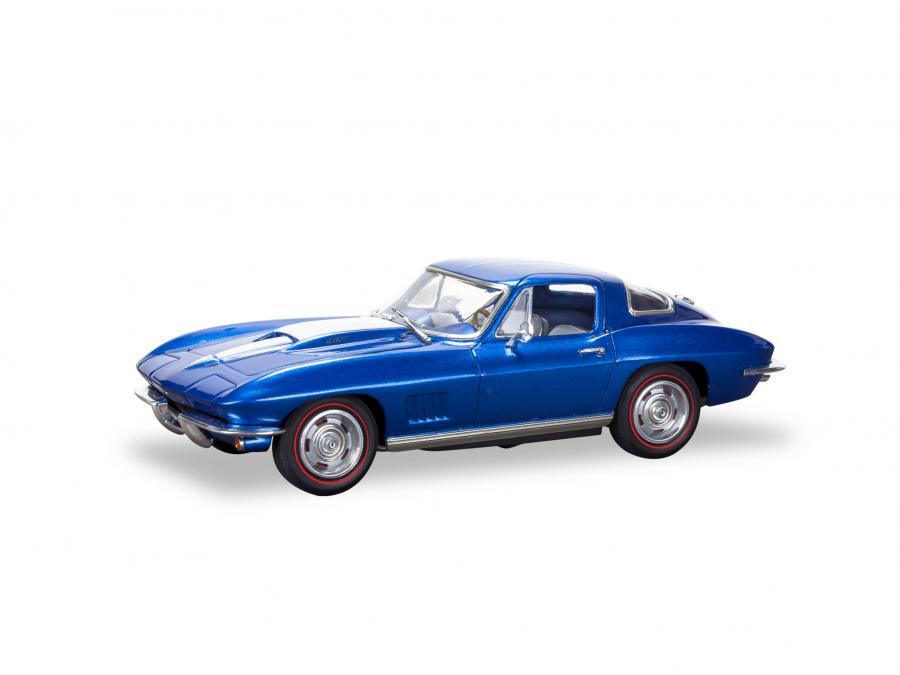 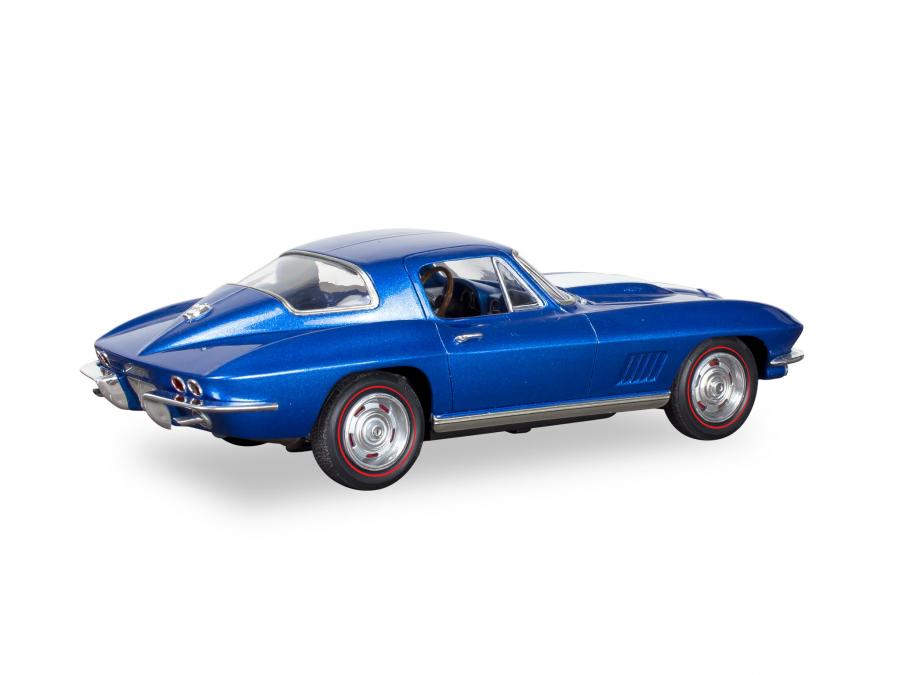 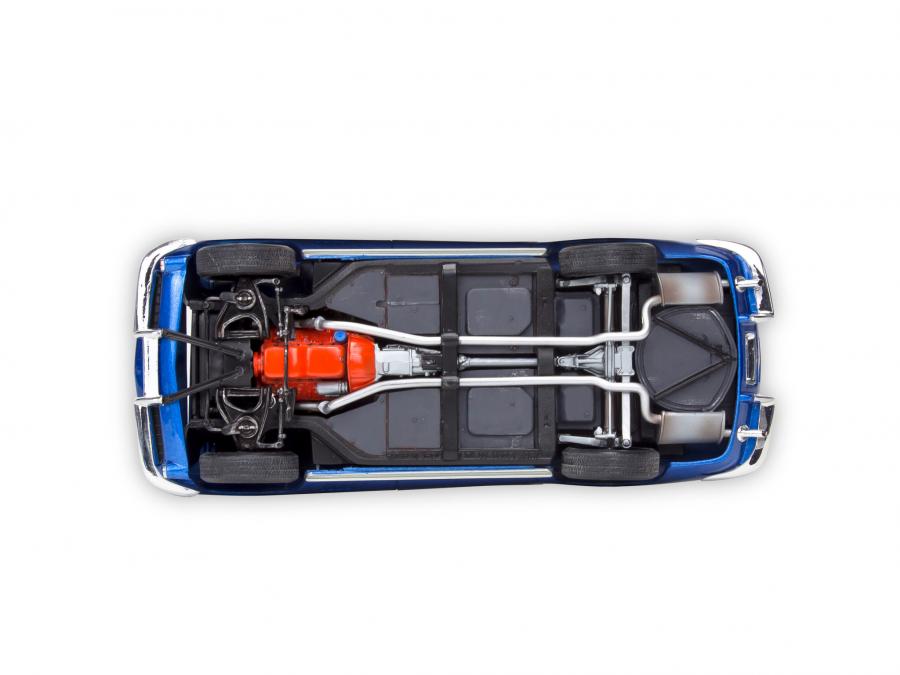 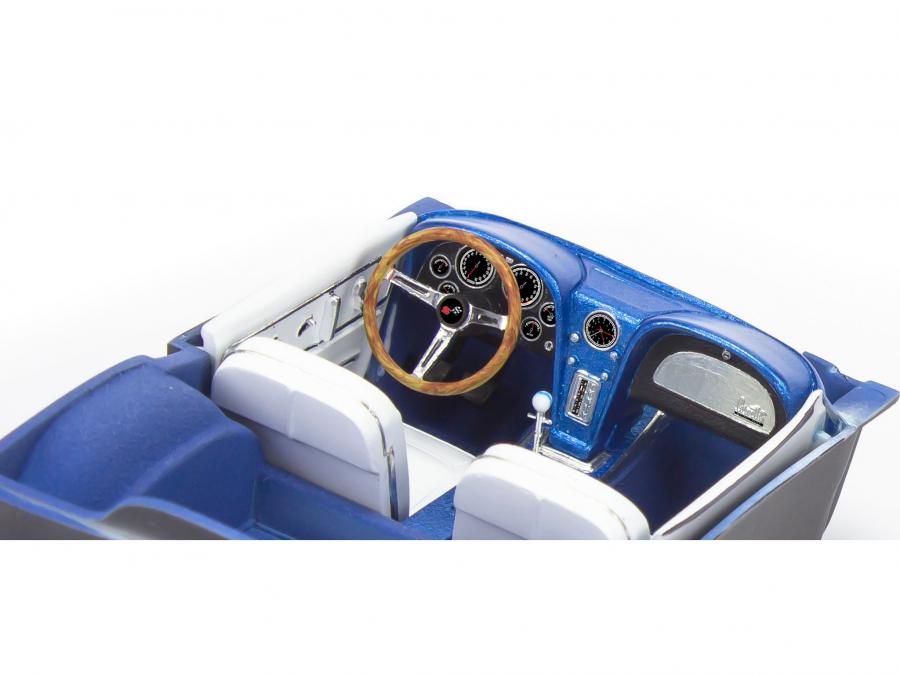 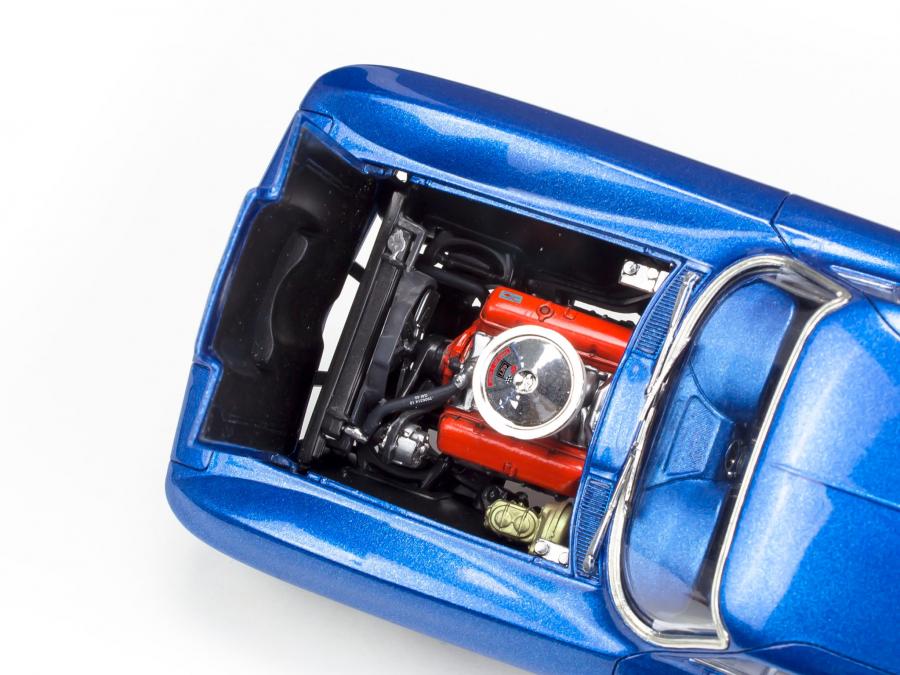 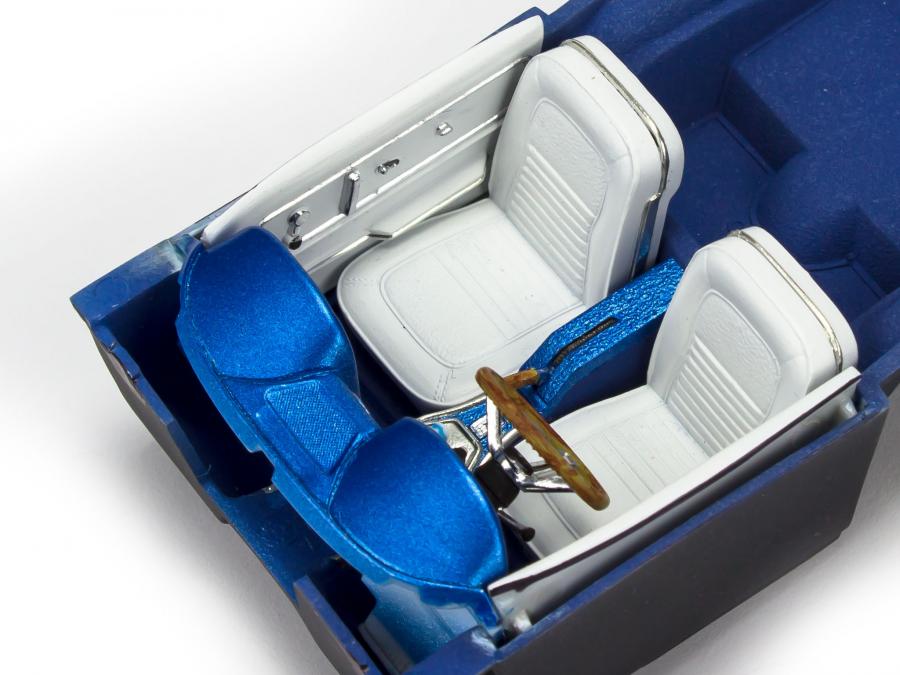 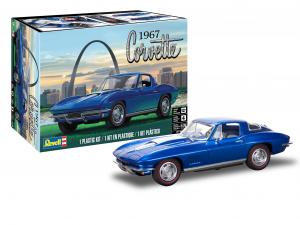 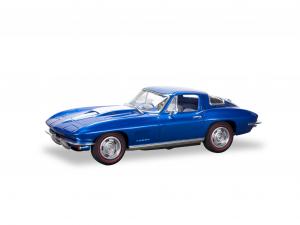 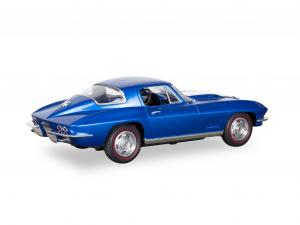 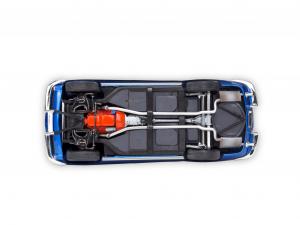 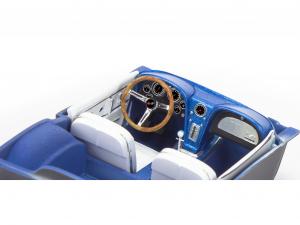 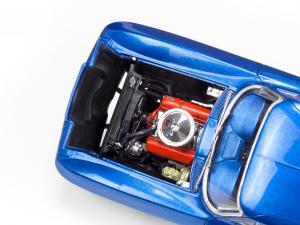 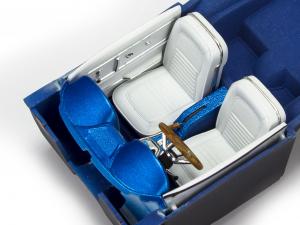 The 1967 Corvette® was the fifth and final year for a body style that started in 1963. Production problems delayed the new body and the Corvette design group scrambled to do something with an already four-year-old design. They removed trim to clean up the body surfaces, side fender engine air lovers were changed to a five-vent design, the gas cap was body color, new back-up light design and new rally wheels were added. Small block cars retained the same hood from 1965, but big block cars had a hood unique to the '67 which featured a hood scoop and painted stripe. The interior had a new seat upholstery, center mounted emergency brake, and flat dash knobs. Seven different engines were offered which ranged from 300hp 327 cubic inch small block to a big block 427 cubic inch L-88 engine.