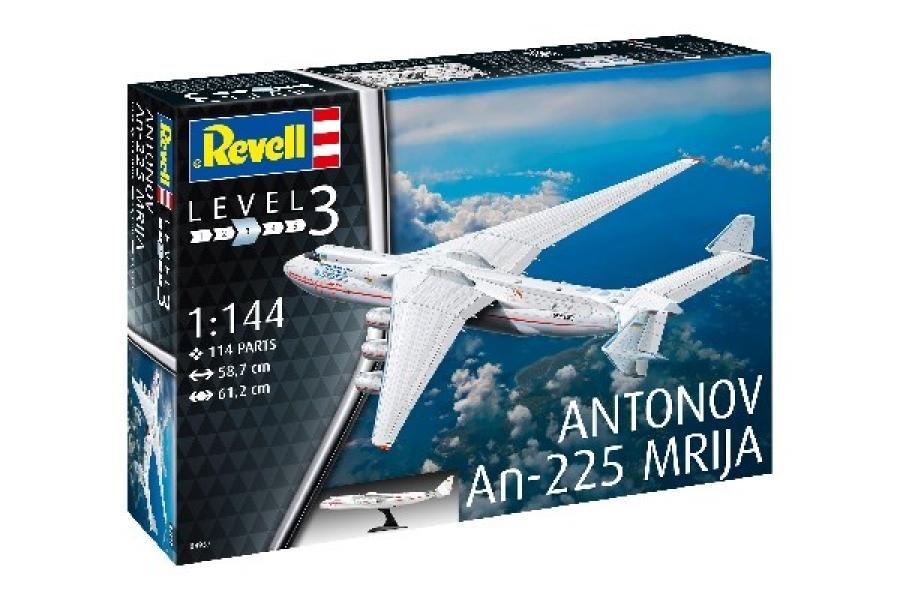 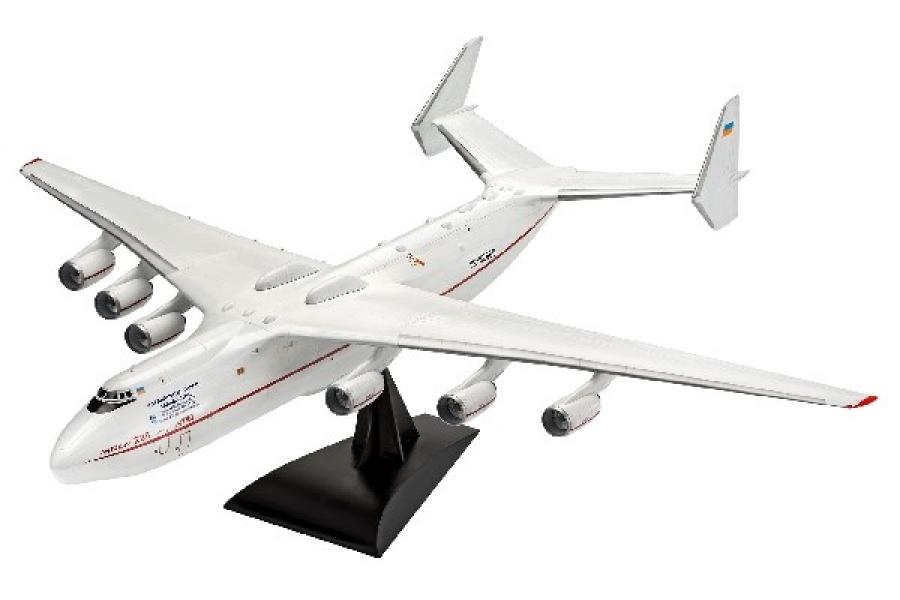 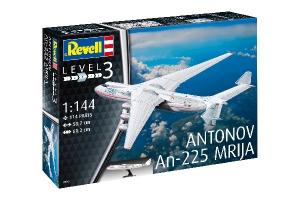 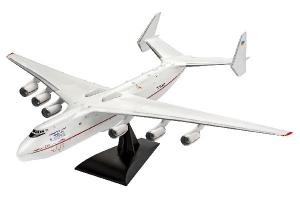 "A replica model of the Antonov An-225 in the flight configuration. With an original length of 84 metres, it is not only the largest aircraft in the world but also the only one with six engines. As the only aircraft of this type it can transport the heaviest of loads all around the globe and is regularly requested to transport special cargoes. It currently holds both the record for the heaviest total freight transported by air (247 tons) and the heaviest single freight item (190 tons). Total take-off weight: 605 tons.