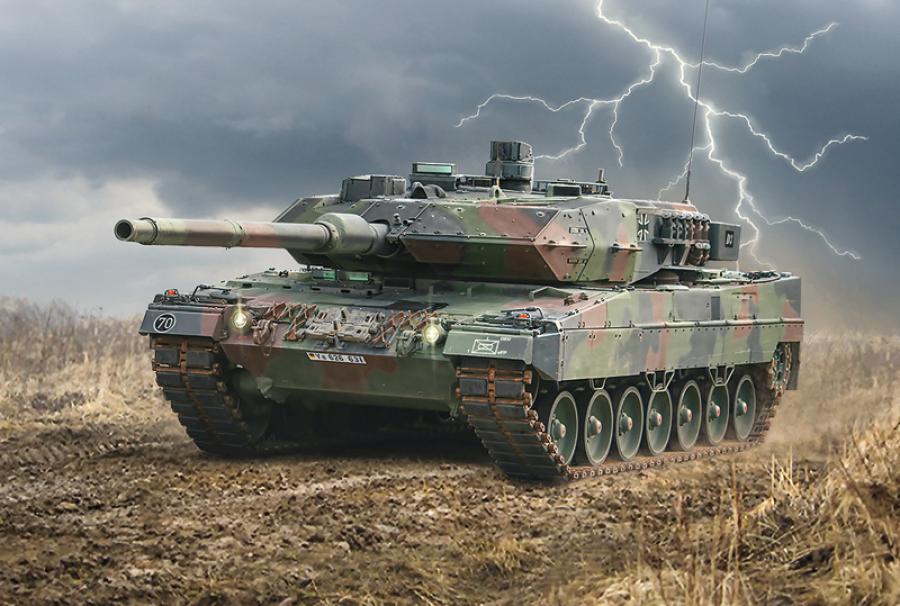 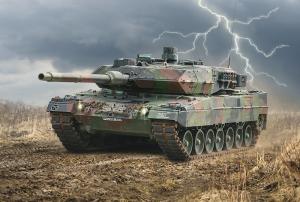 The Leopard 2 was developed in the '70s to satisfy the specific need of the West German Army to have  a new modern and efficient Main Battle Tank able to replace the Leopard 1. It is armed with a 120 mm gun and, thanks to its V-12 twin-turbo diesel engine, it is able to reach the maximum speed of 68 Km/h. It entered service in 1979 but, continuously improved in technology, armament and armour, it is still today considered one of the best Main Battle Tank in the World. The Leopard 2 A6, in detail, is a definite improvement compared to the first versions. Armed with a 120mm Rheinmetall L / 55 smoothbore gun, it is equipped with a modern third generation composite protections. The turret shape and the mantlet profile are developed to minimize the impact of enemy hits and anti-tank weapons.